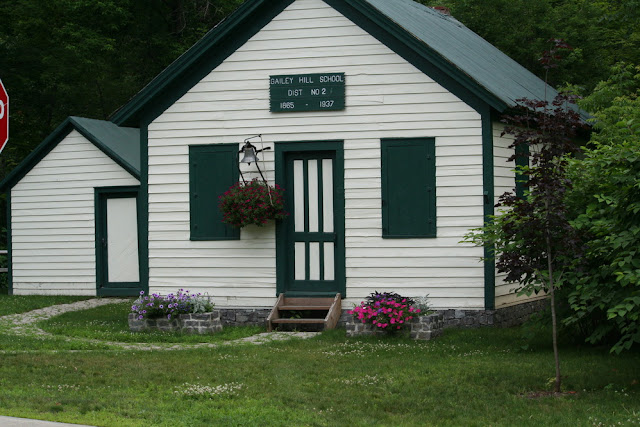 A one-room school house that served grades one through six from 1865 until 1937. Never electrified, it depended on natural light and wood heat. A janitor would light a fire in the stove an hour before school started, then students would be responsible for keeping up the flame the rest of the day! The school house, now on Main St. in Lake Luzerne has been restored by the Town of Lake Luzerne and is open most weekends during the summer months. 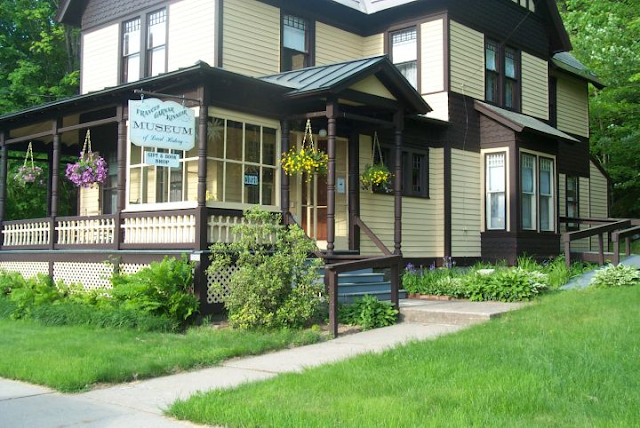 
The Kinnear Museum of Local History is located in an 1880's Victorian home on Main Street in Lake Luzerne. The home was donated by Frances Garnar Kinnear to the Hadley-Luzerne Historical Society in 1982. She was born in 1900 and was the daughter of Anne (Garnar) and William Kinnear and the granddaughter of one of the Garnar Leatherworks tannery owners. She was an ambulance driver during WW II's Battle of the Bulge and a graduate of Wellesley College. A life-long resident of Lake Luzerne, she returned here to teach physical education. In 1923 she and another Wellesley College graduate Dorothy Baldwin founded Pine Log Camp for girls on Second Lake. The camp flourished for many years before the two leaders retired in 1959. Ms. Kinnear also endowed a scholarship at the Hadley-Luzerne High School for a student interested in local history.
Displays at the Museum feature the Wayside Inn Hotel (there's a register signed by such famous people of the day as Ulysses S. Grant and Sarah Bernhart!), and celebrated Adirondack guide Ira Gray. Rooms are furnished in period style. An upstairs exhibit -- the Adirondack Room -- focuses on the history of local commerce, logging industry, early farming and tourism.
The Museum is staffed by volunteers and is generally open during July and August on the weekends from 11:00 - 2:00. From September to June it is usually open on Saturday from 1:00 - 4:00. You might want to check with us first. It is also open by appointment by calling 518/696-4520 or email: kinnearmuseum@gmail.com. 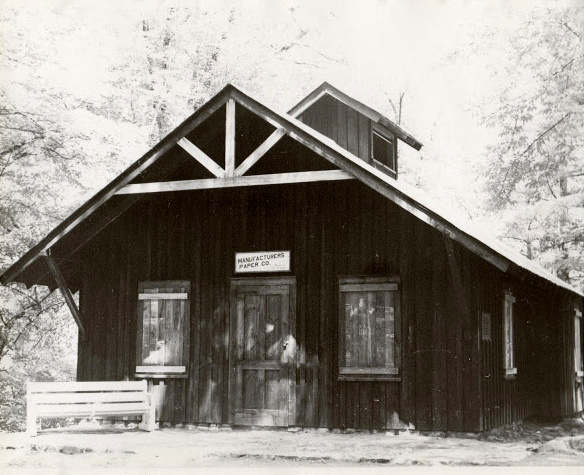 Along the banks of Mill Creek in downtown Lake Luzerne, stands the Pulp Mill Museum. Shortly after processes for making paper from wood pulp were developed in Europe, Albrecht Pagenstecher and his brothers came here from Germany to start a mill. They brought two pulping machines from their native Germany. And they had another one built in Watertown, N.Y. Thus the mill became the first pulp mill in the country using American-made equipment. The museum is located in Mill Park across RT 9N from Lake Luzerne Beach. It is also accessible via a path from the Kinnear Museum. Please contact the Town of Lake Luzerne Offices for open hours 518/696-2711. 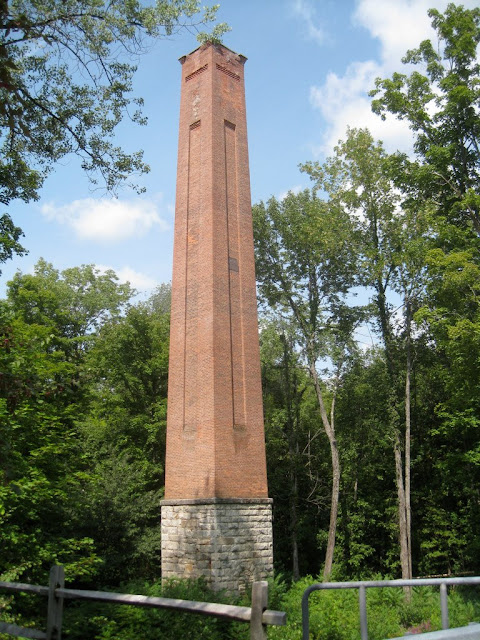 Located on Main Street in downtown Lake Luzerne is the Garnar Leather Works 100ft smokestack. It is all that remains of one of the areas biggest local industrial sites. Built in 1867, the tannery was purchased by Thomas Garnar of New York City in 1869. Hundreds of thousands of animal pelts were hauled here for tanning. Production at the facility peaked in 1885, making it the largest manufacturer of bookbinding leather in the world. With the decline of hemlock bark, used in the tanning process, the tannery also declined and closed in 1905. The buildings were razed in the 1920's. 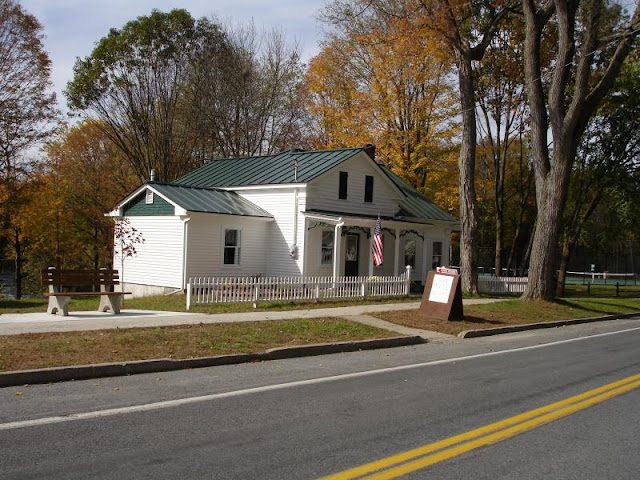 Originally built prior to 1881, this is the last remaining cottage of the former Rockwell Hotel. The Rockwell was frequented by many wealthy vacationers including the Astors and Vanderbilts. Damaged by fire in 2002, the restored cottage now serves as a visitor information center and is located on Main Street in Lake Luzerne.


The Bow Bridge spans the Sacandaga River in Hadley. This lenticular truss iron bridge represents one of the last of its kind in the country. Originally built in 1885 to replace a wooden predecessor, it was closed in 1983 for safety reasons. It has recently been restored and re-opened to traffic. It has one of the most spectacular views of the confluence of the Sacandaga and Hudson Rivers!